Please find a full collection of MNS services here that are also searchable by name.

Online application for a work permit

Office of the Prime Minister

Following the Cabinet Meeting today (Thursday 01 December 2022) and discussions with the Minister of Finance a decision has been taken to allocate an immediate forty million dollars ($40M) to the national Flood Relief programme.

These funds are to augment existing budgetary allocations in relevant Ministries to provide sustenance and comfort for those directly distressed by the recent weather emergency.

Additionally, a further one hundred million dollars ($100M) allocation has been made for urgent landslide and road reinstatement works nationwide.

Ten million dollars ($10M) will also be made available to assist the farming community that has been adversely affected by the recent flooding.

Allocate some to pay tax payers their paye ans vat refunds too nah. Years yall owing and we can't get a dollar interest but if we owing yall, the interest higher than a money lender fees.

Any Indians getting from UNC areas, or is this for PNM areas only?

Over 1000 Meals, Hampers, Water Distributed by Eastern COPS in 3 Days

Six hundred and 50 meals, 440 hampers and 170 cases of water have been distributed by Eastern Divison Community-Oriented Policing Section (COPS) police officers to several families who are grappling to return to a sense of normalcy following days of flooding in their communities.

Media Conference On Saturday November 26, 2022
Minister of Rural Development and Local Government Faris Al-Rawi said Trinidad and Tobago is experiencing significant rainfall. According to the TT Meteorological Services, a low level trough will pass over the country and the Windwards over this weekend, bringing showers that will go into Monday. Minister Al-Rawi said this is why Government is warning citizens to expect significant flooding over the coming days.
Minister Al-Rawi urged citizens to prepare for flooding. He said the 14 Regional Corporations’ Disaster Management Units are in full gear, and sandbags and other assistance are available for persons who can call the DMUs in their area.
Minister Al-Rawi stated that Prime Minister Rowley is taking careful note of the weather system and is in active communication with the full team.
Meanwhile, Minister of Works and Transport the Honorable Rohan Sinanan says the current weather event “could be one of worst flooding we have experienced for quite a while” and urged people to avoid venturing out if possible. Buses and Water Taxis will continue to work at this time.
Minister Sinanan said the river levels are rising and there are areas which could be breached. He said his Ministry has mobilised equipment to clear blockages as much as they possibly can.
The Manzanilla Road is CLOSED on both ends. Do not go to the area.
National Security Minister the Honorable Fitzgerald Hinds confirmed that all of the Divisions of National Security are in a state of readiness, and the ODPM continues to monitor the situation, providing additional resources where needed.
The TTPS is also monitoring and coordinating with the ODPM. TT Fire Service, TTCG, and TTDF are all on standby to support.
Key Points from TTT Live Online ...

What’s Happening: Current affairs at the Ministry of National Security ...

This morning, members of the Trinidad and Tobago Cadet Force received commendations from the Honourable Fitzgerald Hinds MP along with other members of the Inter-Agency Precision Drill Team, consisting of various arms of the Ministry of National Security.

We are very proud of our young cadets.

At a presentation ceremony held at the Trinidad and Tobago Police Service Training Academy, St James today, the Minister of National Security, the Honorable Fitzgerald Hinds MP presented certificates of commendations to the eighty-six (86) members of the Inter-Agency Precision Drill Team, consisting of various arms of the Ministry of National Security.

The Republic of Trinidad and Tobago celebrated its 60th Anniversary of Independence on August 31, 2022. To celebrate its Diamond Jubilee of being an independent nation, a military parade took placed at the Queens Park Savannah, Port of Spain.

The significance of the 60th anniversary was celebrated by the formation of a Inter-Agency Precision Drill Team comprising of various arms of the Ministry of National Security.

The precision drill Team's performance was exceptional and garnered high praise and admiration that was befitting of such a historic display of camaraderie, skill and national pride.

Delivering remarks at the presentation ceremony, Minister Hinds said the eighty-six (86) members of the Defence and Protective Services, who as part of the Inter-agency Drill Display Team gave a sterling performance at the 60th Anniversary Independence Day Military Parade.

MNS AND MSDFS SIGN MOU ON THE SHARING OF TRAVEL INFORMATION

The ceremony took place at the Head Office of the MSDFS located at the Colonial Life Building, 39-43 St. Vincent Street, Port of Spain.

The MOU provides for the sharing of travel information from the MNS to the MSDFS with respect to citizens and residents of the Republic of Trinidad and Tobago.

During his address Minister Hinds stated, “The Ministry through its Immigration Division, is responsible for the enforcement of the provisions of the Immigration Act, Chap. 18:01, including, inter alia, the control of persons entering and leaving Trinidad and Tobago and the issue of travel documents both locally and at Trinidad and Tobago Missions overseas.”

Also present at the ceremony were Minister of Social Development and Family Services, Senator the Honourable Donna Cox, Acting Chief Immigration Officer, Mrs. Vera Persad and members of staff from both the MNS and the MSDFS.

HONOURING THE FALLEN AND THOSE WHO SERVED IN THE WORLD WARS:- The Ministry of National Security hosted the traditional National Day of Remembrance (Memorial Day) Parade today, Sunday November 13, 2022 at Memorial Park, Frederick Street, Port of Spain. Proceedings also included a Wreath-Laying Ceremony at the Cenotaph.

The 2022 National Day of Remembrance was also held at James Park Scarborough, Tobago.

The National Day of Remembrance is observed annually in honour of those who served and in memory of those who fell in the World Wars of 1914–1918 and 1939–1945.

WEARING POPPIES IN REMEMBRANCE:- Remembrance Day is observed in Commonwealth countries to honour those who served and those who fell during World War I (1914-1918) and World War II (1939-1945). The poppy has been adopted as an international symbol of Remembrance and is worn to honour and pay tribute to the fallen, during the period of Remembrance.

Trinidad and Tobago joins the international community to observe Remembrance Day on the second Sunday in November, which is nearest to November 11, the day on which the Armistice signed took effect. Poppies are worn leading up to that Sunday, in commemoration and in honour of the fallen of World Wars I and II.

View this informative video for guidelines on how the Poppy should be worn. ...

Accompanying the Hon Minister was Commissioner of Police, Mr. Mc Donald Jacob and
Commanding Officer of the Trinidad and Tobago Regiment.

During his walkabout in the community, Minister Hinds held discussions with the National Security Officers who were out on patrol in the Rose Hill Community and several of the residents of the community themselves. ...

MINISTER HINDS TO WALK-ABOUT IN THE ROSE HILL COMMIUNITY

Minister of National Security, the Honourable Fitzgerald Hinds M.P; would be doing a walk-about in the Rose Hill Community on Monday November 07, 2022 beginning at 8:30 AM.

All members of the media are cordially invited to attend and cover this visit.

Members of the Media are asked to muster outside the Rose Hill RC School, located at #6 La Coule Street, Laventille, Port of Spain.

What’s Happening 04/11/22- Current affairs at the Ministry of National Security. ...

The Trinidad and Tobago Police Service (TTPS) welcomed 110 recruits who trained for the past ten months in preparation for the organisation’s continued fight against crime.

Minister of National Security, the Honourable Fitzgerald Hinds MP; congratulated the graduates, acknowledging the significance of their completion of the training programme. ... 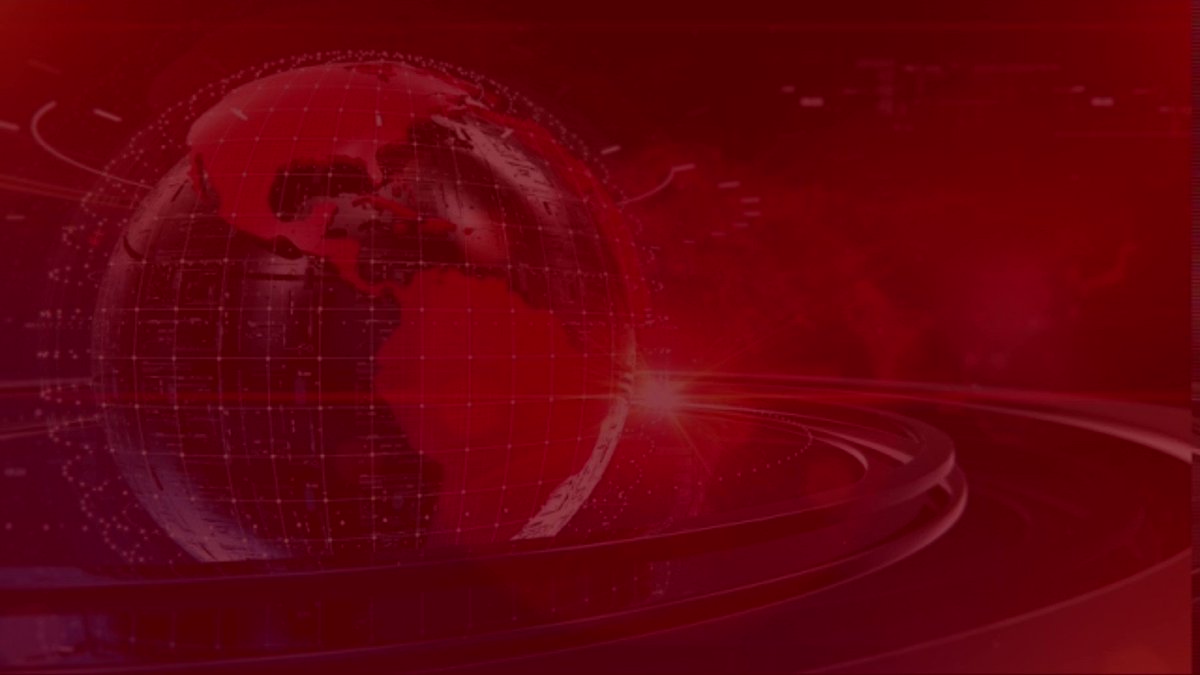 Minister of Rural Development and Local Government Faris Al-Rawi noted that T&T is experiencing significant rainfall which started on Thursday. Accord...

Minister of National Security the Hon. Fitzgerald Hinds is responding to a private motion in Parliament to condemn the government for its failure to address the serious crime level. 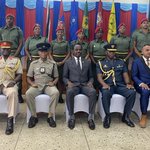